On a glorious sunny and quite warm morning, 7 of us assembled, in various states of health, in Edale, [taking advantage of the free car park] before wandering through the fields to Nether Booth and along to the foot of Jagger’s Clough. This surprisingly little-used path took us gently upwards for a while until we went into full ‘Thursday Walk’ mode and stopped for elevenses where Vanda handed round pie which had been intended for last Thursday’s anniversary party which she was too ill to attend. This appeared to be a good move as we were soon on our way again up the steeper bit. Unfortunately the stream was rather too full to make use of the full scrambling opportunities usually available, although some were unavoidable and towards the top the meet leader was determined to sample a few of the pleasures of wet rock etc.
We then turned West and wandered along to Ringing Rodger where a lovely sheltered and comfy lunch stop was taken, before traversing along the edges, where many tales of previous epics on the climbs below were recounted.. Along the way we met Jez and Tracy walking in the opposite direction. By this time, at least one member was feeling the effects of age and illness and wondered which way we were to descend, but she was talked out of Grindsbrook and ‘encouraged’ over Grindslow Knoll before returning to Edale with the rest of the party, which promptly split into ‘pub’ and ‘not pub’ sections. The pub section had a swift pint, courtesy of Mr Crowther before returning to the car just as the sun slipped down behind Brown Knoll and the gps registered 10.0 miles. Perfect!!
Paul Gibson

Photos by Vanda (click on a thumbnail for a larger version): 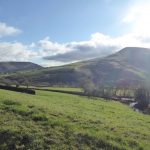 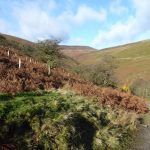 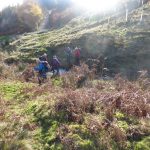 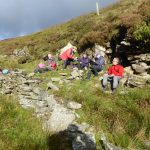 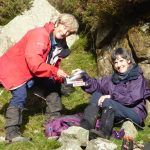 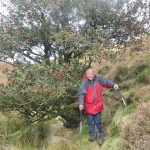 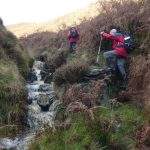 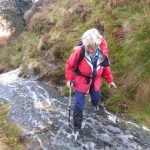 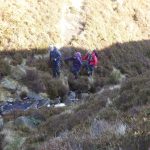 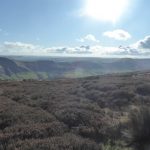 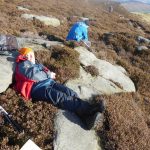 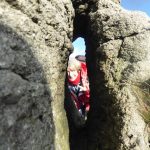 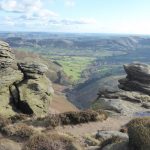 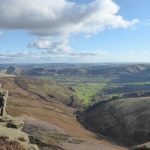 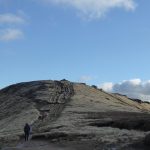 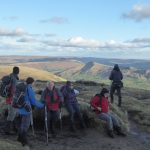 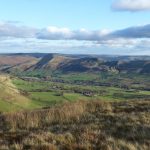 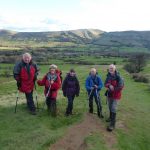 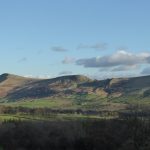