Nine of us made it to the wilds of mid-Wales and had a great time biking and walking, with a communal meal on the Saturday night.
It was wet on Saturday morning and four chose a tough cycle including over a kilometre at 1 in 4. The other five walked from the hut in the Arans.
Somehow (Facebook but don’t tell) we found out it was Hugh’s birthday so we had sparkling wine to go with our appetizers. The birthday cake proved too much and was left until Sunday before being eaten.
Sunday proved a slightly better day so three cycled and three set off to walk in the Arans again. David and John talked themselves into going climbing. After finally getting to the start of their route, they were fingering the wet rock when they felt moisture on the back of their heads so turned to see low cloud approaching – decision to retreat made. After stashing the climbing gear they too went for a walk up the Arans, meeting the other three coming the other way. Continuing, they reached the summit of Glasgwm and shortly after used John’s compass for a bearing in the mist. The results were perplexing so steps were retraced to the summit to take some test bearings. These proved that the polarity on the compass had reversed! Test your compasses!
The hut is great with it relative isolation and short walk from the car park improving the experience. The giant sized Jenga game proved a great hit on both nights. Bill used his engineering experience to great effect, although it did not stop the tower collapsing on him on one occasion. Looking through past copies of the Hut Register from the 1990s on we found three previous CMC visits, although David is convinced there was another in 1994. 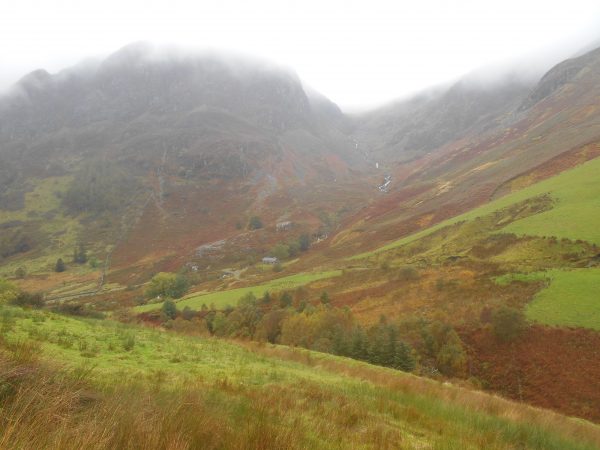 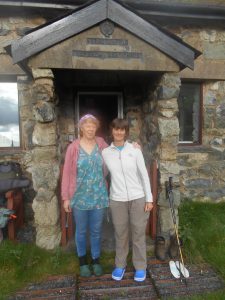 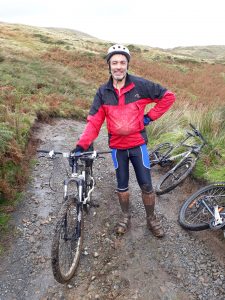 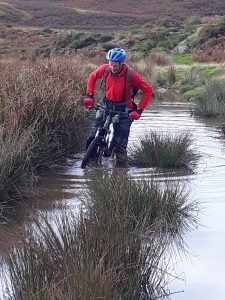