Missing the first turn-off, only a very short distance from the free car park in Eyam, didn’t bode well for the rest of the day on this [as usual] un-recce’ed route, especially as all eight of us had noted that this car park had its gate locked at 5pm, but after a slight detour we were soon back on track again. Skirting Eyam Moor, we stopped for 2 minutes silence at 11am and the nearby clay-pigeon shooters thoughtfully did the same. Then down to Stoke Ford and the second unplanned deviation of the day, up a muddy Abney Clough, briefly stopping for a coffee break on a sunny bank before Abney. Perhaps the meet leader needn’t have admitted her mistake in route finding, as again very shortly we were back on the correct path on Abney Moor. The views were stunning, including, rather surprisingly, being able to see through folds in the hillsides, the viaduct over Ladybower reservoir, gleaming white in the sunshine. Lunch was taken in sunshine in the protective lee of a dry-stone wall, entertained by two low flying gliders from the nearby gliding club [more brownie points?]. The views continued to be quite amazing, before we dropped down to pass an old pumping station surrounded by a quagmire of mud, safely negotiated with no-one falling over. Then through Great Hucklow and many fields and stiles, passing south of Silly Dale and Foolow, to join Tideswell Lane and back to Eyam after 5 hours 40 mins and 11.9 miles [according to Sean’s GPS] to safely retrieve our cars in good time. After a very brief discussion, five of us decided that afternoon tea was a good idea, so Marianne directed us to the best tea shop in Eyam with the most delicious cakes imaginable. A fitting end to a most enjoyable day – thank you Marianne, Chris, Sean, John, Hugh, Frank and Jenny for your good company.
Vanda Boyd

Vanda’s pictures (click on the thumbnail for a larger picture): 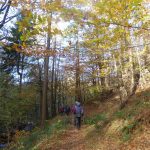 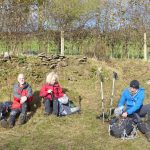 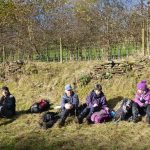 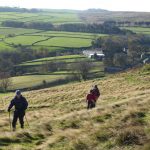 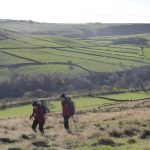 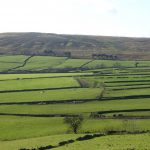 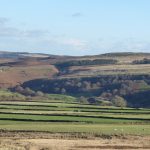