Nine members arrived early, catching me in my dressing gown wrestling a wedged box of mince pies from my letter-box, but after a photo of them all on the front steps, we set off downhill past the houses to Whiteley Woods and then followed Porter Brook up-stream, past the decorated tree, to emerge into open countryside and some rather muddy fields. A wrong turning at a stile, which necessitated back-tracking, allowed us to arrive nearer the pre-arranged meeting time at the Norfolk Arms, where most of us sat on their car-park wall to eat sandwiches, before buying drinks inside. Four more members arrived, including the second meet leader, Paul Gibson, so there were no further wrong turnings on the way back to High Storrs Road, via the Limb valley. Numerous cups of tea and many and various ‘goodies’ were enjoyed [especially the home-made ones – Rosy’s lemon drizzle cake and Lynda’s quiche disappeared particularly quickly]. Other members arrived, some freshly washed [!] including eventually some of the cycling group [who’d turned up at the Norfolk Arms after we’d left] ready for some carbohydrate replenishment having cycled about 30 miles compared to the walkers’ more modest 9 miles [Andy’s GPS reading]
A lovely and most enjoyable Castle tradition to lead us up to Christmas.
Vanda Boyd 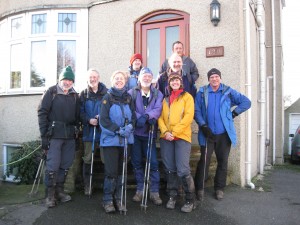 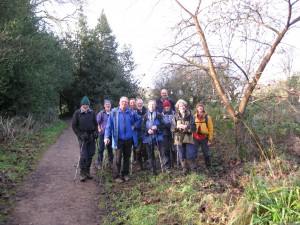 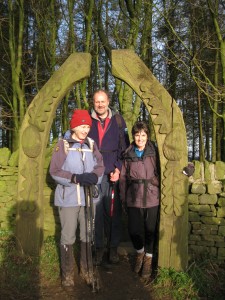 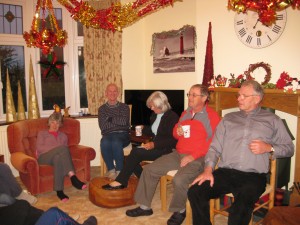 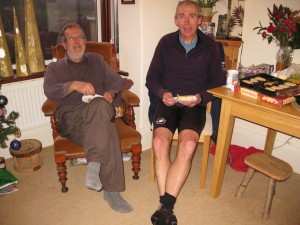 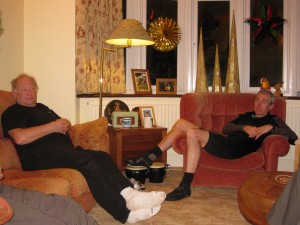