Despite a rather unpromising MWIS forecast Saturday dawned sunny & clear.
10 members & 3 others walked up past the Flynnon Llugwy reservoir & the steep climb to the ridge above leading to Carnedd Llewelyn .4 bottles of Prosecco & birthday cake were consumed with Mike reading 2 poems from the “Owl and the Crag Rat” collection. Unfortunately,because of his hernia, Mike did not manage a Mick Jagger act or anything else in that vein.
After the summit celebration 5 members of the party peeled off to do Yr Elen while the remaining 8 continued along the ridge past Carnedd Dafydd & Carnedd Fach to Pen-Yr Olewen whose eastern ridge provided an interesting descent – scrambly in places – back to the Ogwen valley.The Yr Elen breakaway group followed not far behind.
There was a party for 20 at the Bryn Tyrch Inn later where Mike,taking a leaf from the Rolling Stones,reminisced on the “good,the bad and the hard times” of his 51 year mountaineering career.
Sunday was another excellent day with lots of sun.
A party of 9 with 2 non members did the hugely enjoyable scramble up the north ridge of Tryfan.Mike’s son Mark was the only person who dared jump from Adam to Eve & back!
The descent was then made down “heather terrace” where the participants dispersed to return home.
A big thank you to all who came and helped make it such a great occasion.
Mike 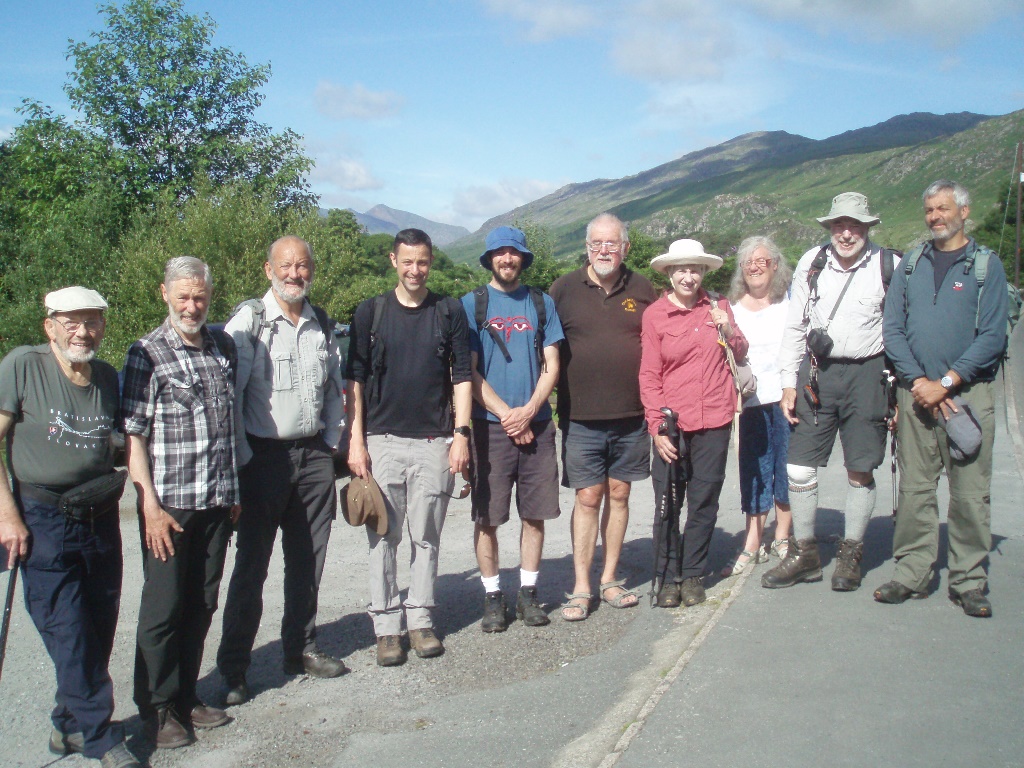 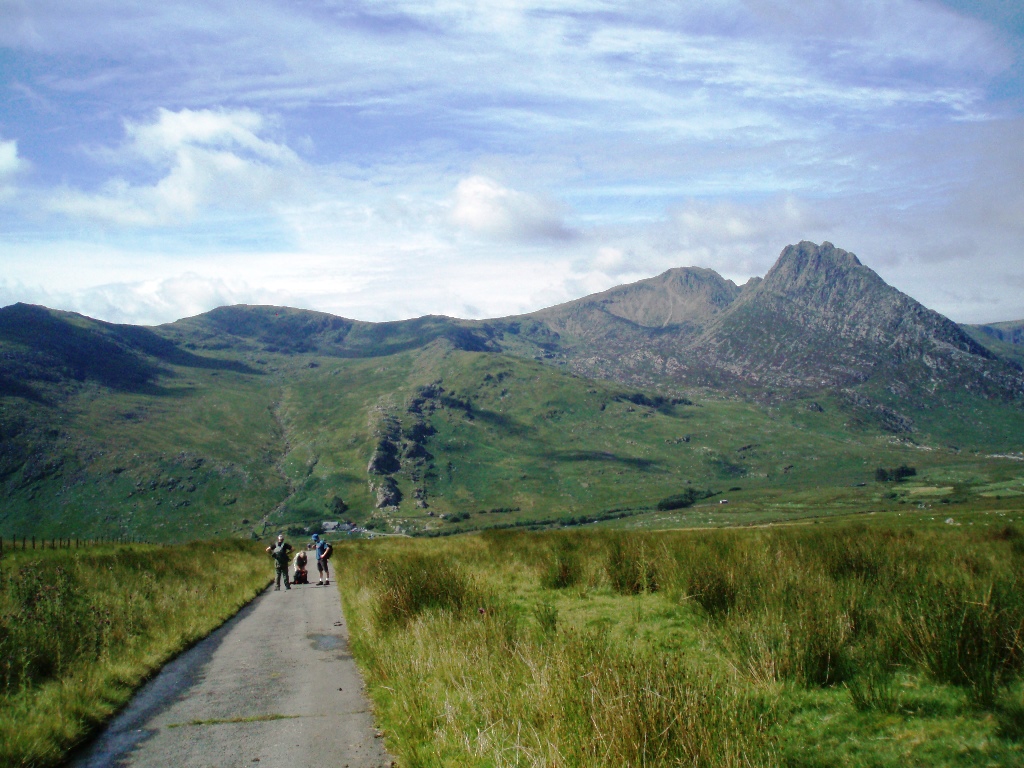 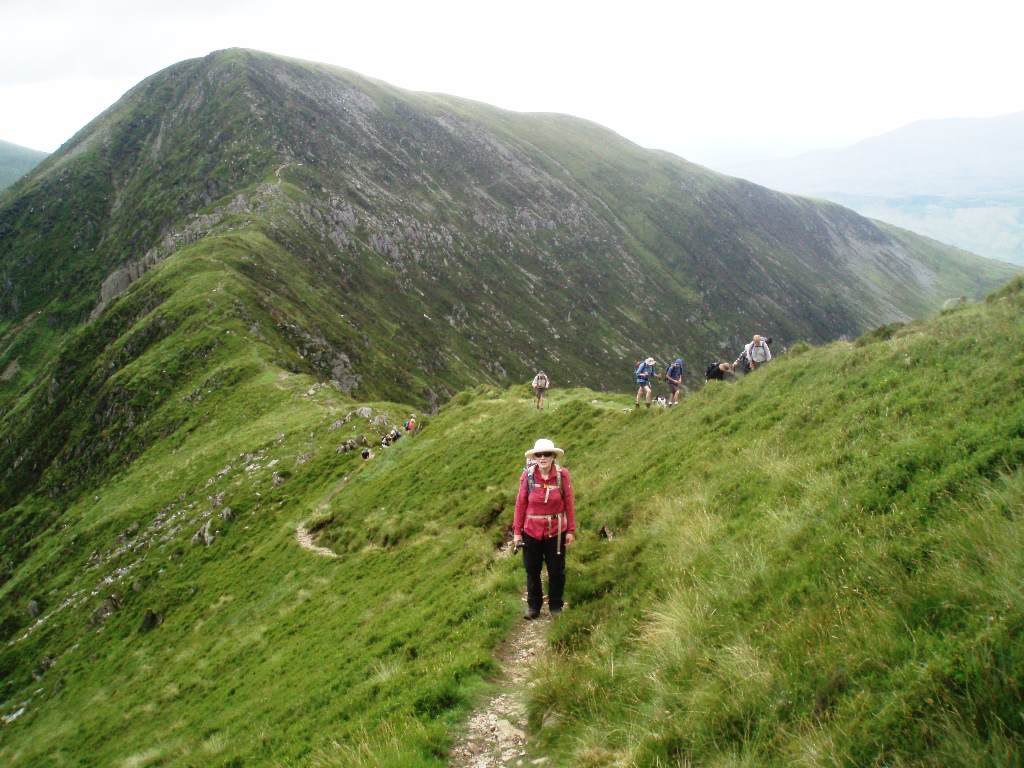 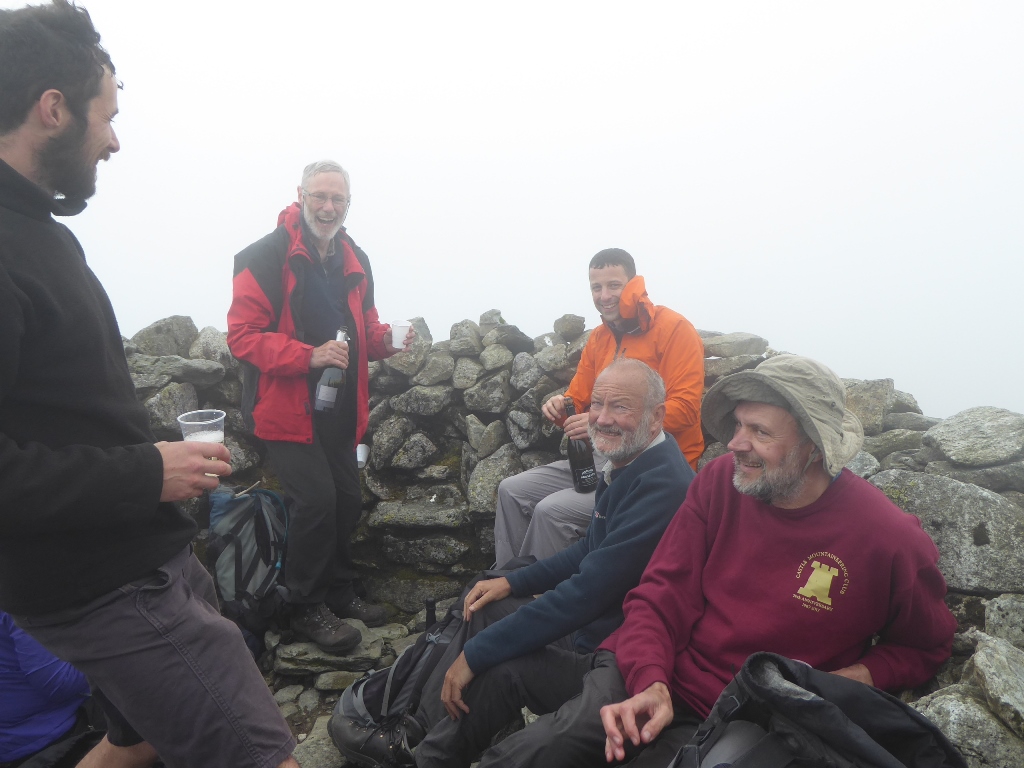 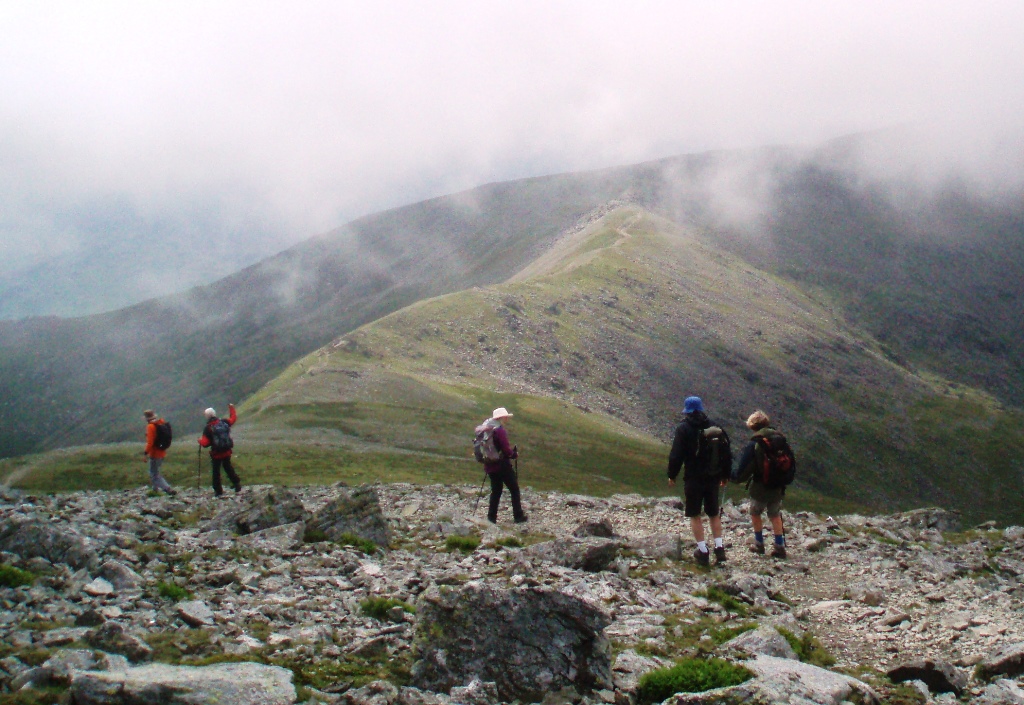 Heading down from Carnedd Llewelyn, 8 July 2017 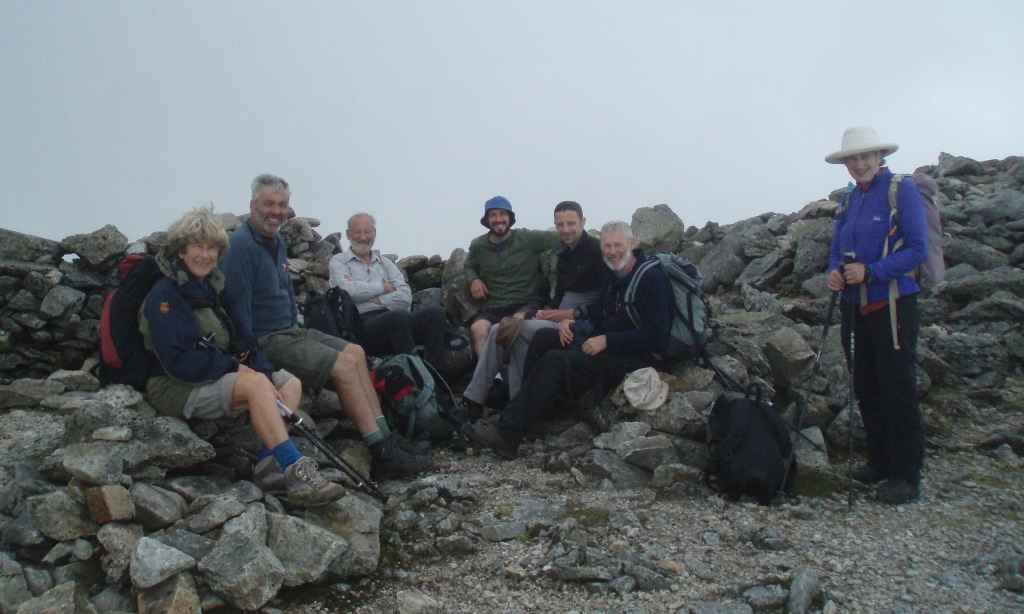 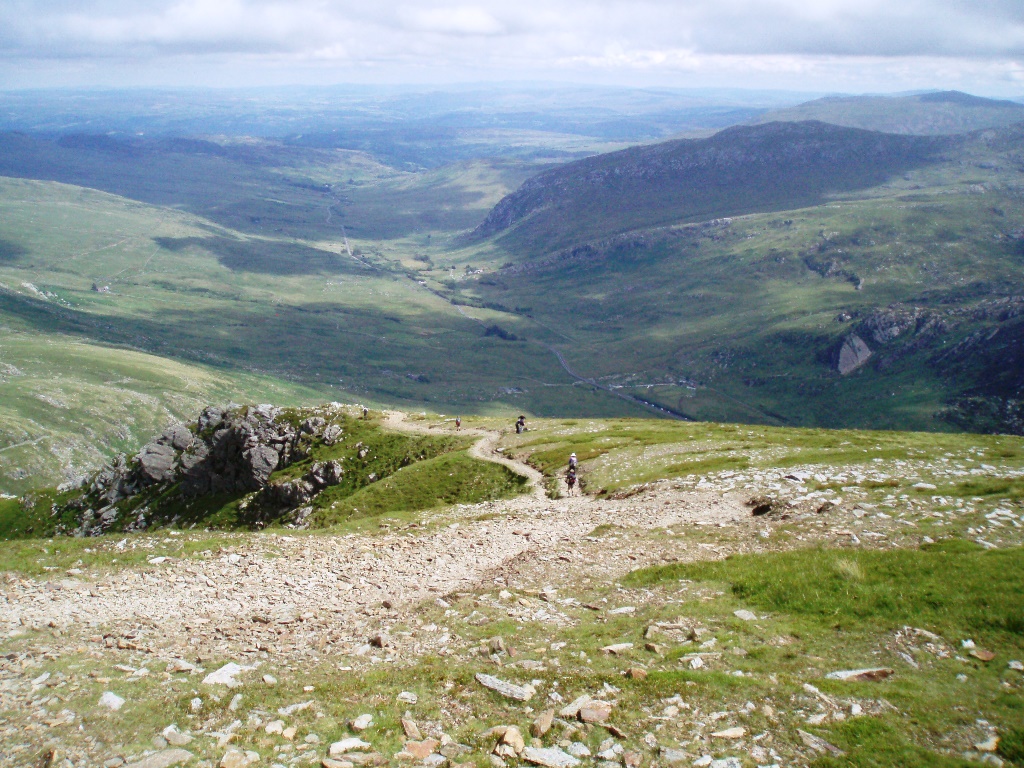 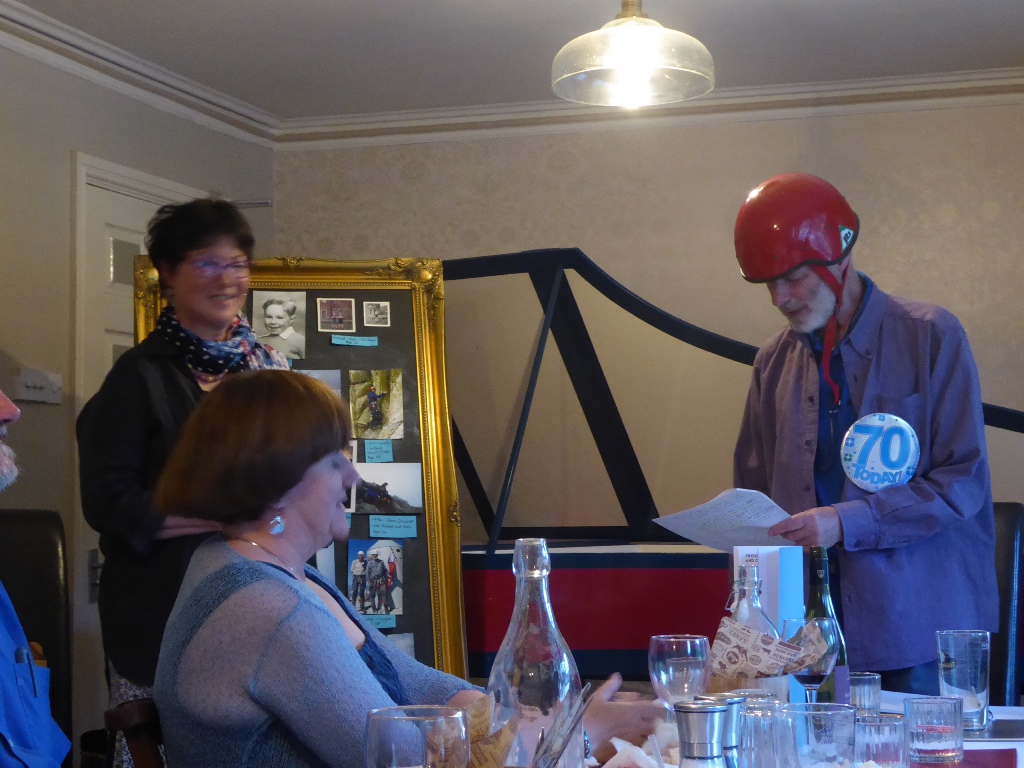 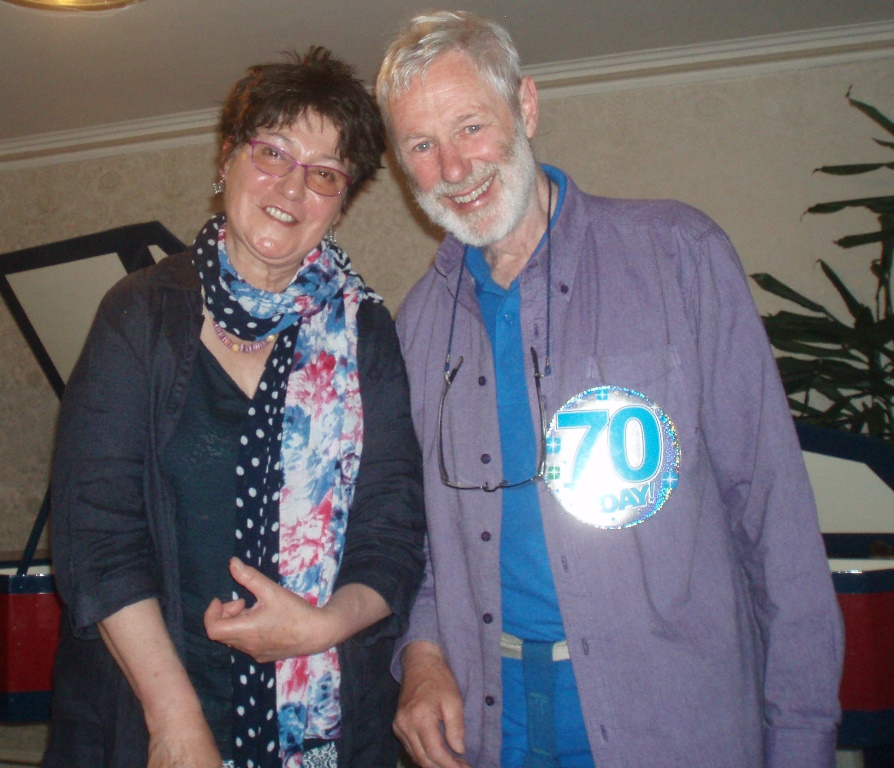 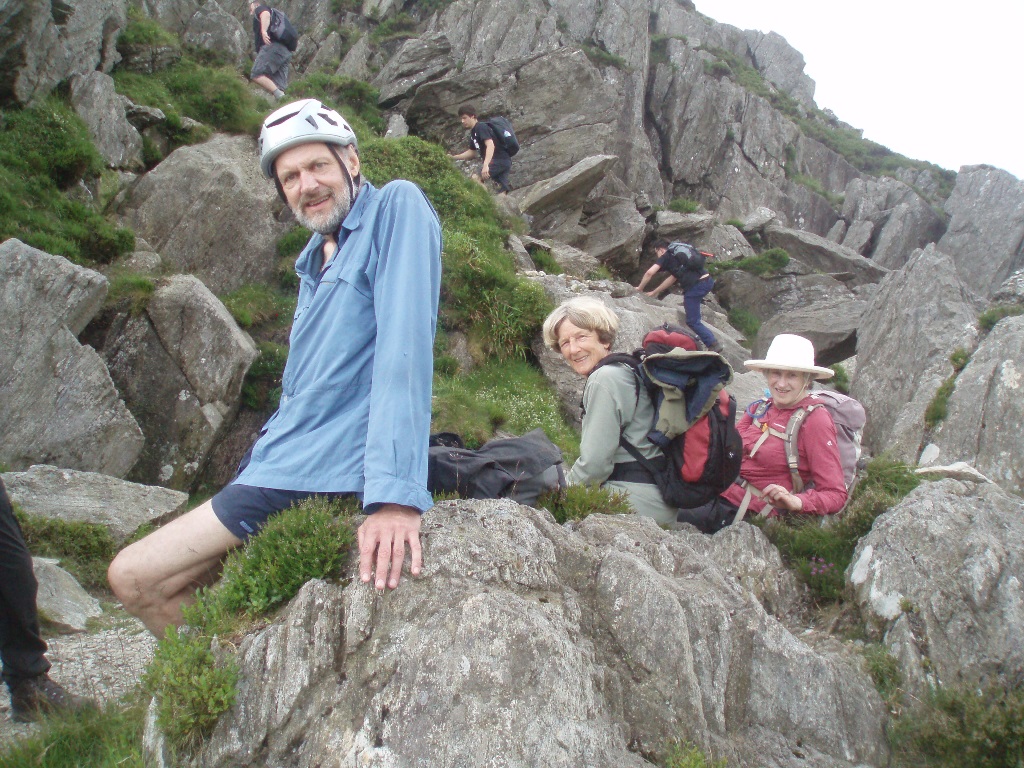 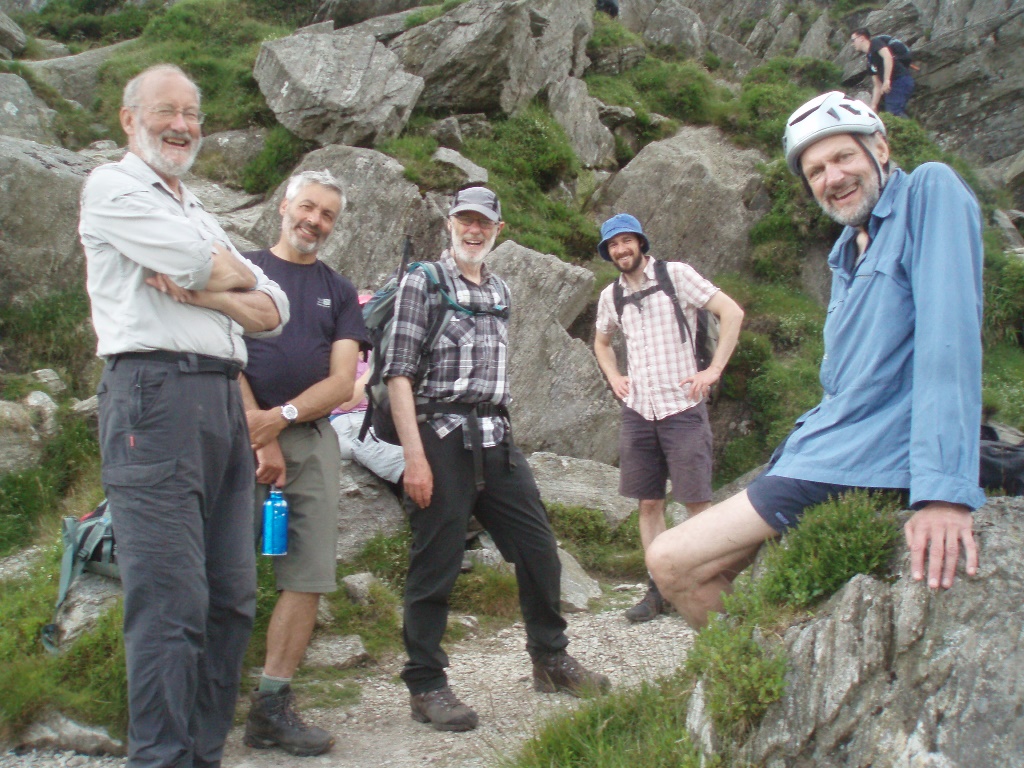