Due to some non-communication and confusion between the campsite owner couple, we ended up pitching our tents on a delightful and flat area of their campsite, conveniently close to the facilities and a handy stream for cooling beer, rather than her chosen reserved area for us on a distant slope. Having put up our tent in 27 degrees C, the easy decision was made not to go climbing that afternoon, but to flop and act as a welcoming committee for other members arriving later. As requested, those on their own had brought tiny tents, but the meet leader and partner felt justified in their rather palatial 5-man tent with extension [and later an added awning] which provided warmth and protection from the rain for the BBQ on the following evening. Saturday dawned, and whilst two had a relaxing day, ending up watching boats at the seaside, six went climbing at Bowderstone Crag, with a four person ascent of the classic Bowderstone Pinnacle climb, and all six ending up at the Pinnacle itself. Typically the way off was not obvious, so while two abseiled back down the route just climbed, Leon coordinated an abseil for the rest, using a handy tree with abandoned ‘tat’, and the most recent member Ben was volunteered for the first descent to handily clear the jungle canopy for those following. Discussion over lunch at the bottom, of which climb to tackle next, was curtailed by some rain and the rumble of thunder, so no-one disagreed that cold drinks in the nearest pub was the best option. Then it was back to the campsite for the planned BBQ. This was a protracted affair, with Chris H. and Pete offering conducted tours of their newly acquired camper-van, a fashion show of anti-midge garments provided by Paul, Helen, Nigel and Chris H. [definitely best in show!] and just when we thought the food was finishing, even more delicacies came from master-chef Nigel, including asparagus tips [ask someone who was there about ‘post-asparagus pongy pee’!] A misty Sunday morning suggested a low level walk [some went off to hunt for bothies and do some shopping] but once the seven of us had ascended above Seathwaite towards Sty Head, things improved dramatically, so we remained high and returned along the long ridge of Glaramara and Thornythwaite Fell with clear views in all directions. After seven hours and almost 10 miles of walking, Chris K. had pushed ahead in order to provide a much appreciated ‘medical rescue service’ for the last ½ mile on the road for a badly limping and very grateful Paul. Monday morning brought the expected rain showers, so most of us, deciding that the weekend was over, packed away our wet tents and headed for home, some via the shops of Keswick. Thank you to Paul, Mary, Chris K, Helen, Nigel, Leon, Ben, Chris H and Pete for your entertaining and excellent company [and to Chris and Pete for feeding me when I’d run out of food!]. Vanda Boyd 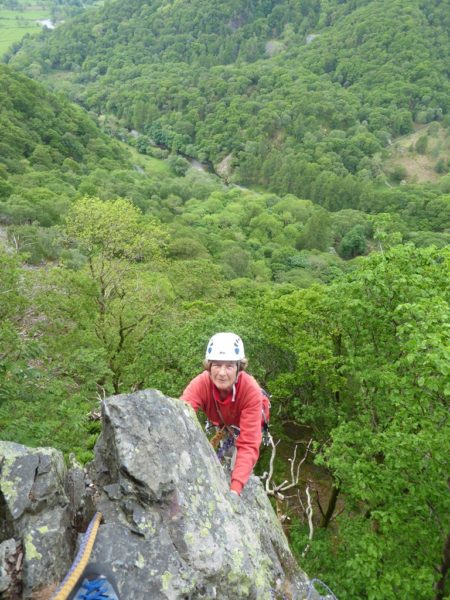 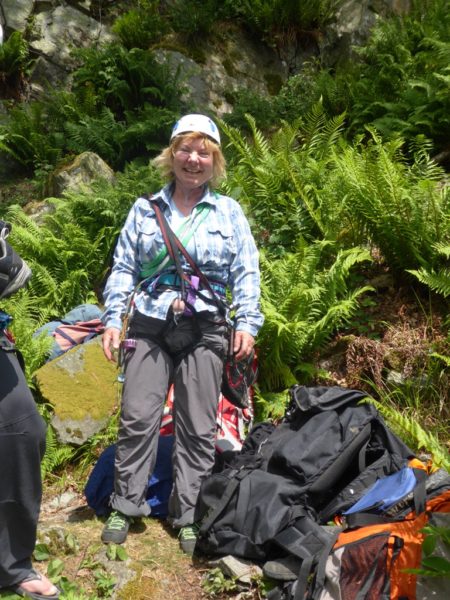 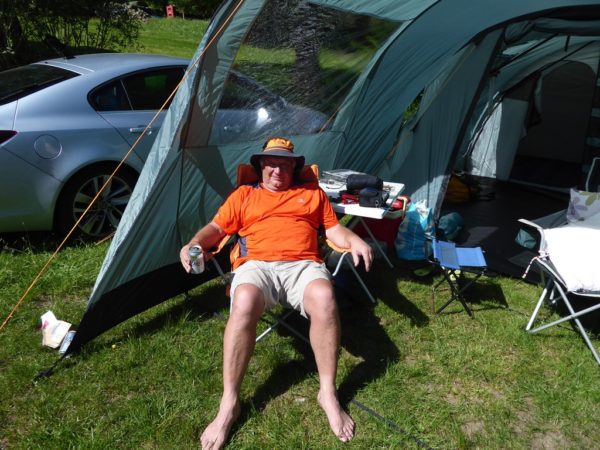 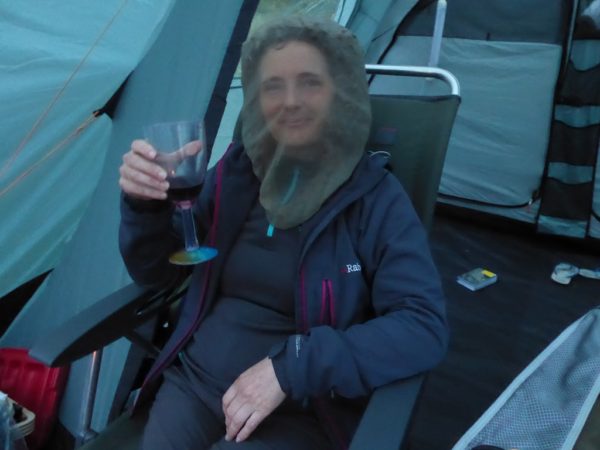 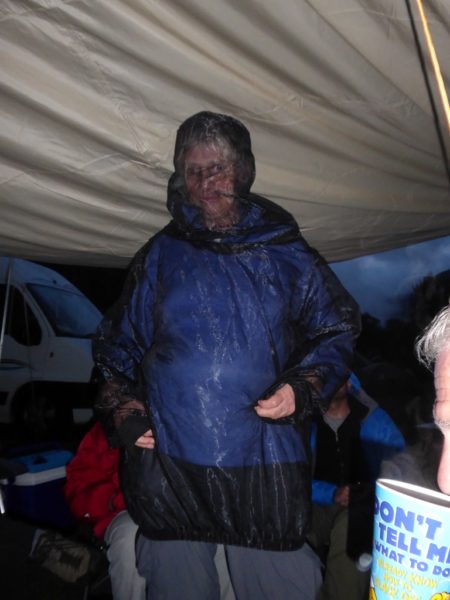 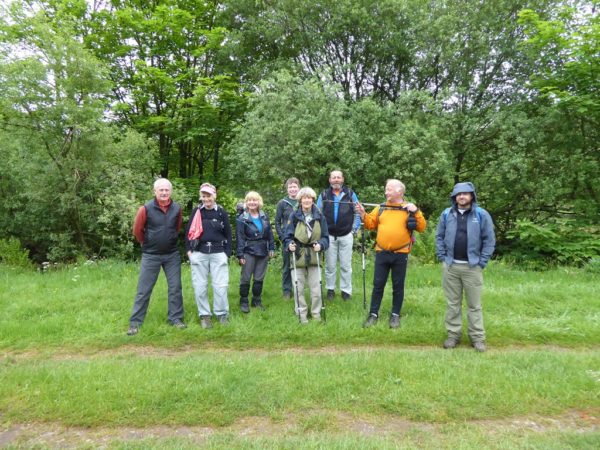 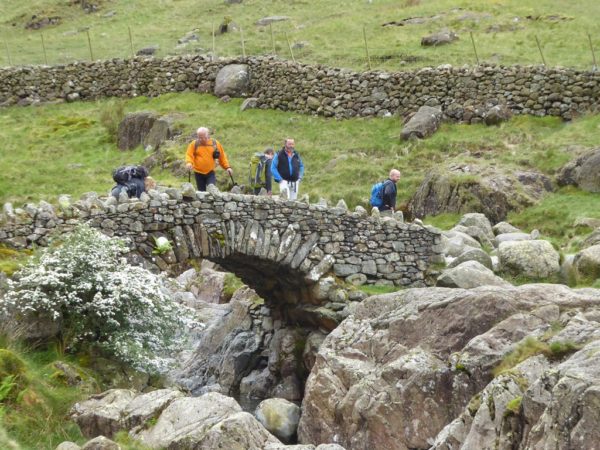 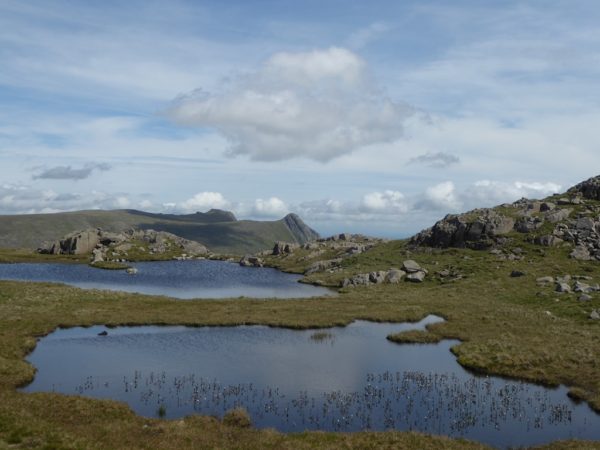 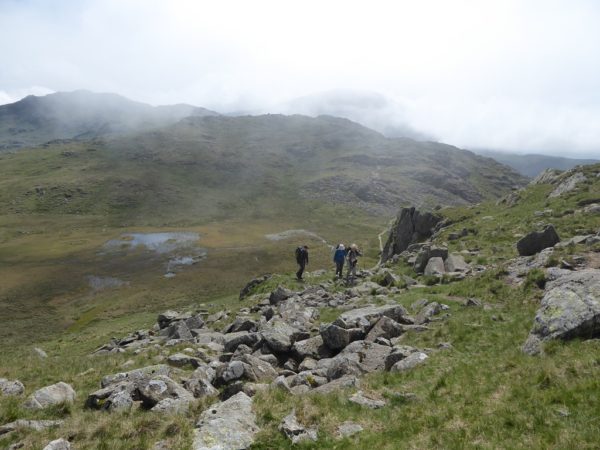 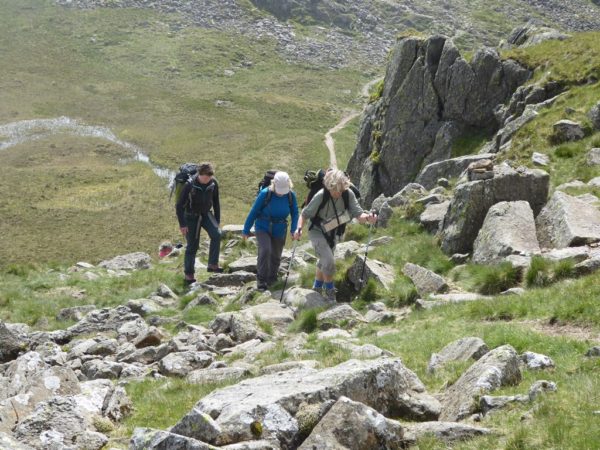 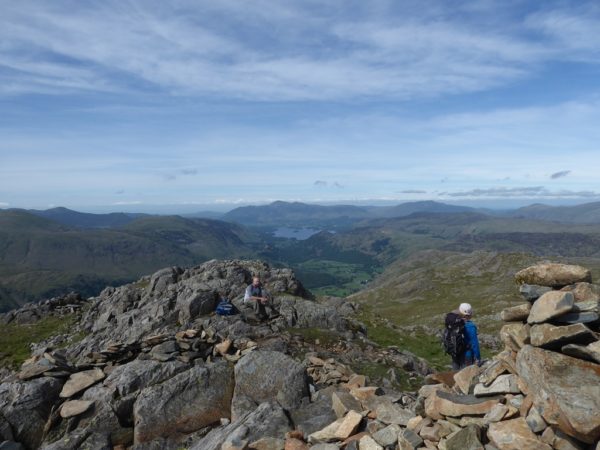 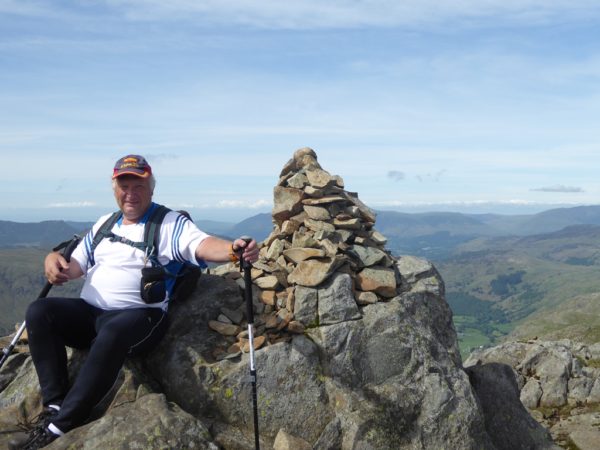