Seven of us – Linda, David, Kial, Gemma, Steve, Chris and Hugh flew to Bergen in mid May to experience the trad. and sports climbing opportunities close to the city. Kari was an amazing host and opened her house to us all, providing great hospitality, which went as far as passing on her cold to Linda and subsequently Hugh and David! Our first duty, the morning after we arrived, was to celebrate the National Day of Norway with a traditional breakfast, with hosts Kari and Randi in national costume, and a street parade. However, we were soon on the rock!
Bergen has an average of 260 days rain a year and appeared to have one of the highest per capita ownerships of Gortex in the world. However, the islands to the west – Sotra and Oygarden – where most of the climbing is, are much drier. We hit a perfect weather window over the first five days so climbed until we dropped. The trad. climbing we did was mostly on granite from single to four pitch routes. The sports climbing was largely on gneiss, characterised by extensive horizontal banding on steep walls. The climbing was never more than 30 minutes from the road but in beautiful quiet locations, sometimes next to the sea. The crags were quiet, especially the trad. ones
Eventually the rain did catch up with us (we began to understand why the guidebooks are published on waterproof paper) so we spent a day in the city and walked up one of the hills that surround Bergen. Another day’s climbing and Steve and Chris were on their way home. Kial and Gemma had a day in the fjords, while the other three also headed there to stay on Amund and Randi’s farm for a couple of nights. We visited a very wet Uskadalen on the way – amazing granite slabs with multi-pitch routes. Hopefully we will get back there one day.
Randi and Amund took Linda, David and Hugh on a very enjoyable Via Ferrata above the town of Odda. It follows old wooden ladders and then staples across granite slabs and walls, beside huge iron pipes which used to supply water for a hydro-electric scheme. From the top there were extensive views along fjords with glaciers above. Following a couple more days on tourist activities, including ferry and train rides and a visit to a medieval stave church, we returned to Bergen. The last days were spent dodging the weather, including two half days climbing and a great evening’s sea kayaking with Laila.
Thanks again to Kari and Randi and we hope to welcome them to the Peak District soon. 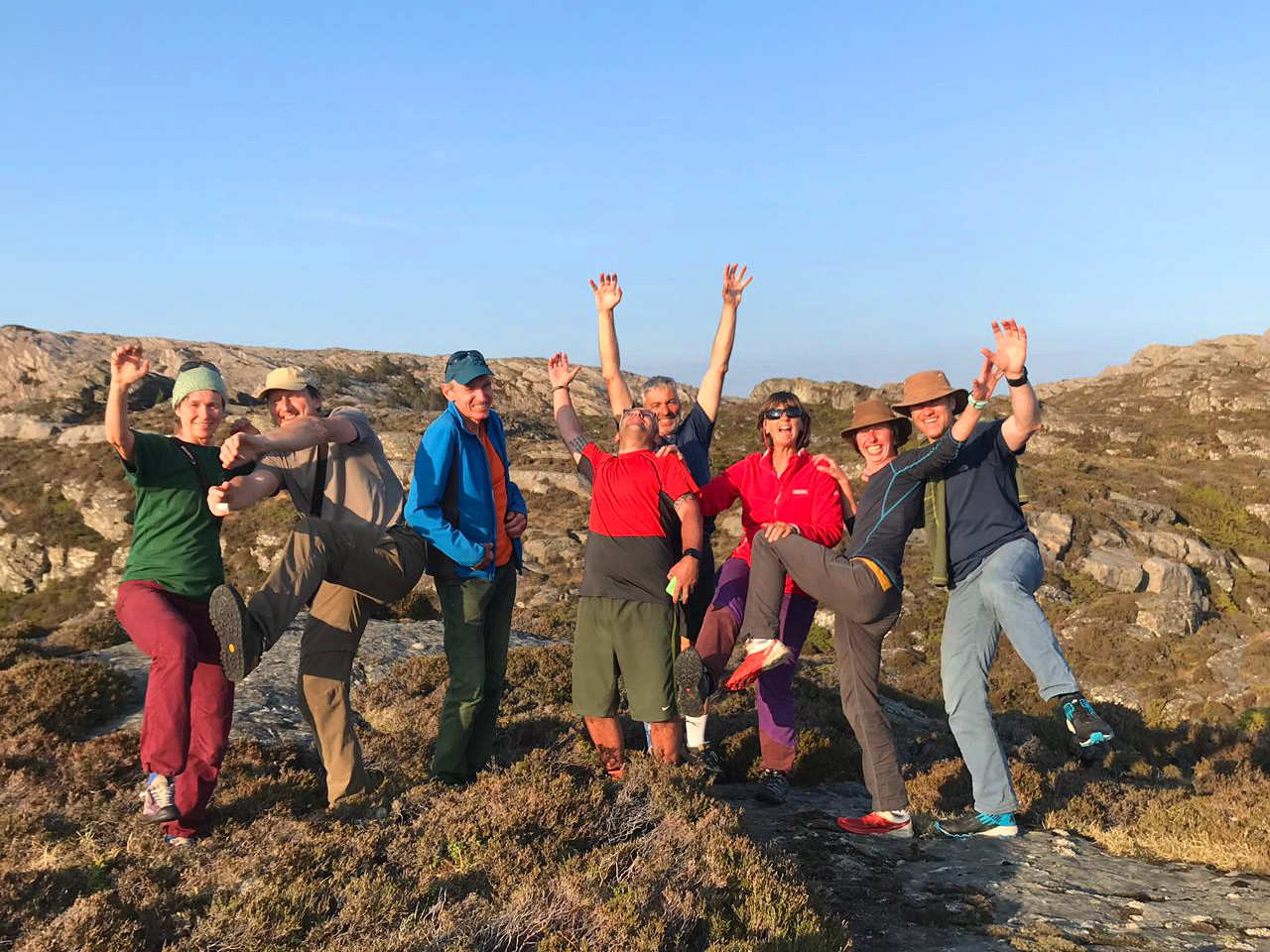 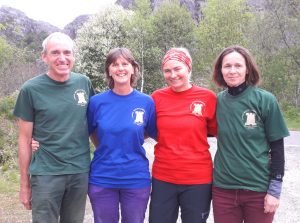 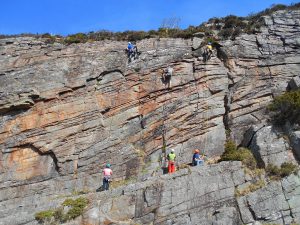 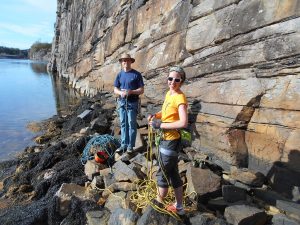 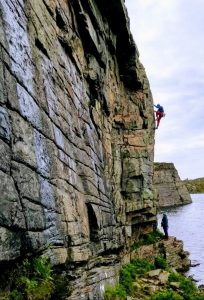 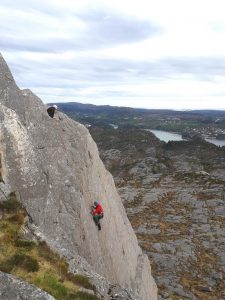 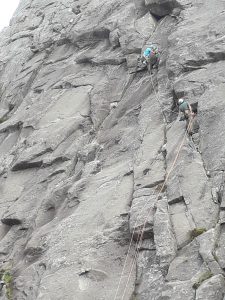 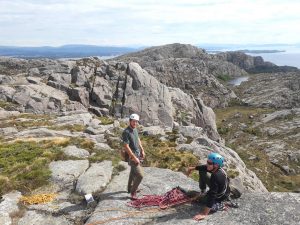 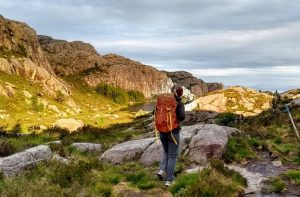 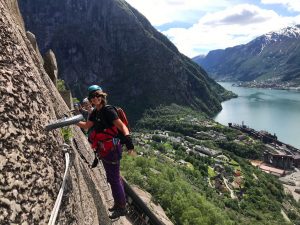 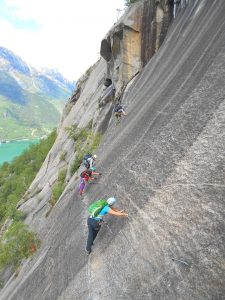