11 members attended this meet over Easter at the comfortable Muir of Inverie Hut near Braemar which we shared with a party from the Glasgow section of the Red Rope-a convivial bunch.Initial concerns about inadequate numbers of beds were solved by making use of the 2 beds in the “members only” room.Fortunately no members of the owning Cairngorm club attended.
Some members arrived early enough on Friday to do some initial exploration-Steve W & Chris K ascending Morrone ,Braemar’s local peak.Mike D & Hugh D doing a walk from Mar Lodge over to Glen Quoich & back.
Saturday was an excellent day with sunshine ( mostly),snow showers and some wind-but not the forecasted gales.The group split into various parties .Steve W & 4 others did a 16.5 mile round over Lochnagar starting from the Balmoral estate.Sean J and others travelled towards Ballater to ascend the isolated Corbett Morven.The Smiths climbed Morrone while Geoff made it a full mountain day by cycling to Altamour Lodge for an ascent of Beinn Lutharn Mhor and many others !
Back in the hut the group enjoyed a group vegge chile washed down with a plentiful supply of alcohol.
Sunday was less sunny with a mixture of rain & snow showers,but no wind.The group again divided into different parties-many again returning to the Lochnagar area to tackle various Corbets & tops.The Smiths were surprised to find the main summit area had a fair covering of fesh snow which had fallen overnight.
Geoff set off by bike again to tackle Bein Chaorainn & Bein Bhreac.
Mike & Hugh abandoned an attempt on the Stuic ( grade 1 scramble) in quite steady rain and opted instead for the less taxing Carn na Drochaide and Carn na Criche near the Linn of Quoich with a descent of the “Fairy Glen” and a very long return via Glen Slugain .
Another convivial night at the hut followed,which was now less busy after the departure of the majority of the Red Rope party.
On Monday Steve,Mike & Hugh departed for home,but the others stayed on independently for various extra days they had booked independently.
A great meet in an area with so much to offer.
Mike D 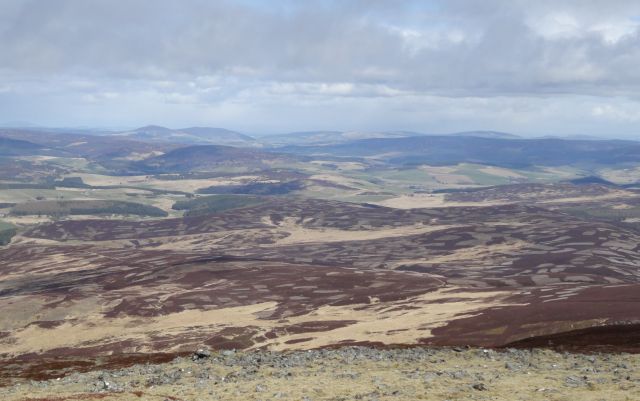 From top of Morven, looking NE 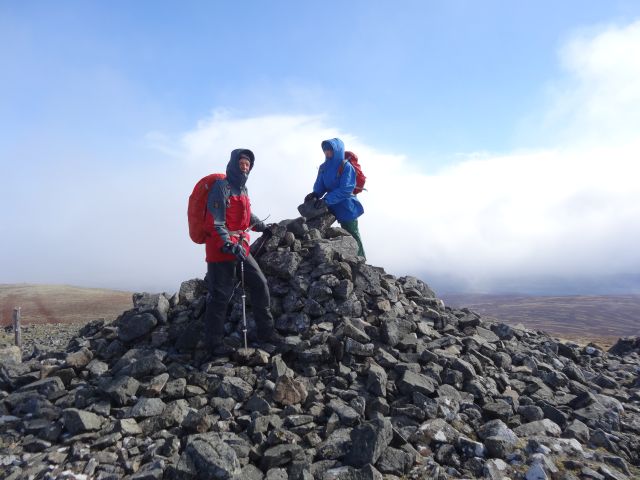 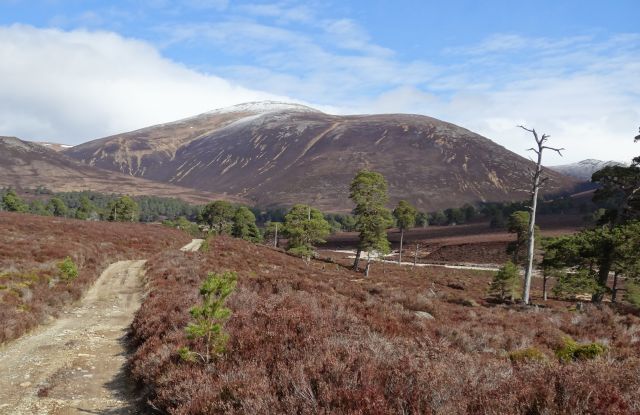 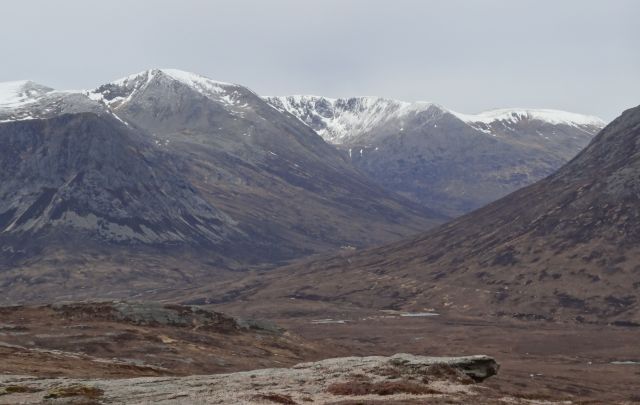 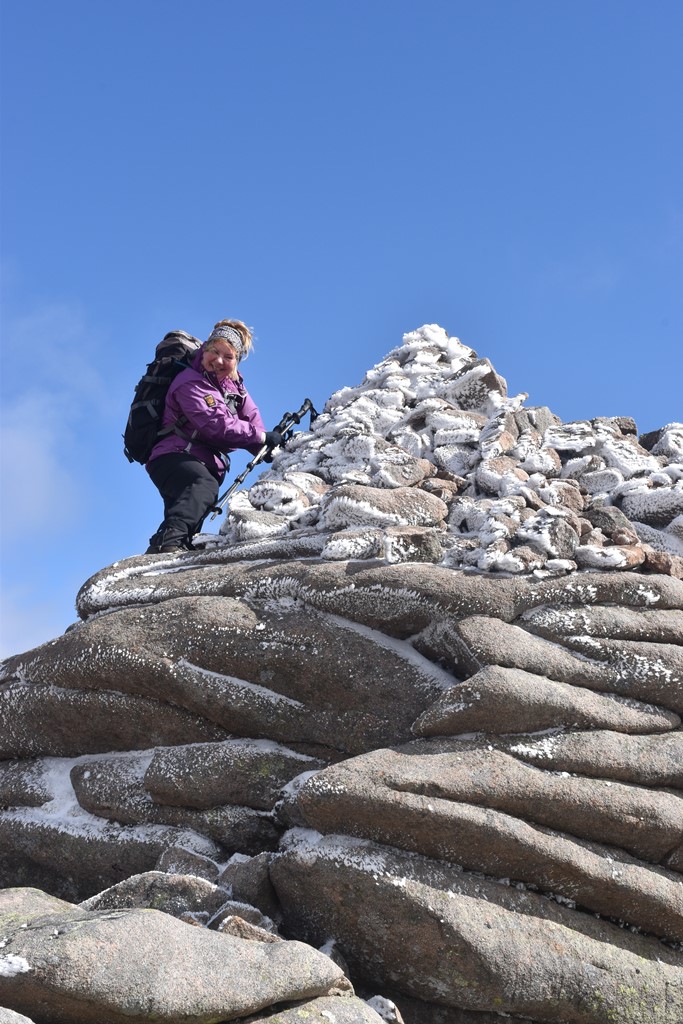 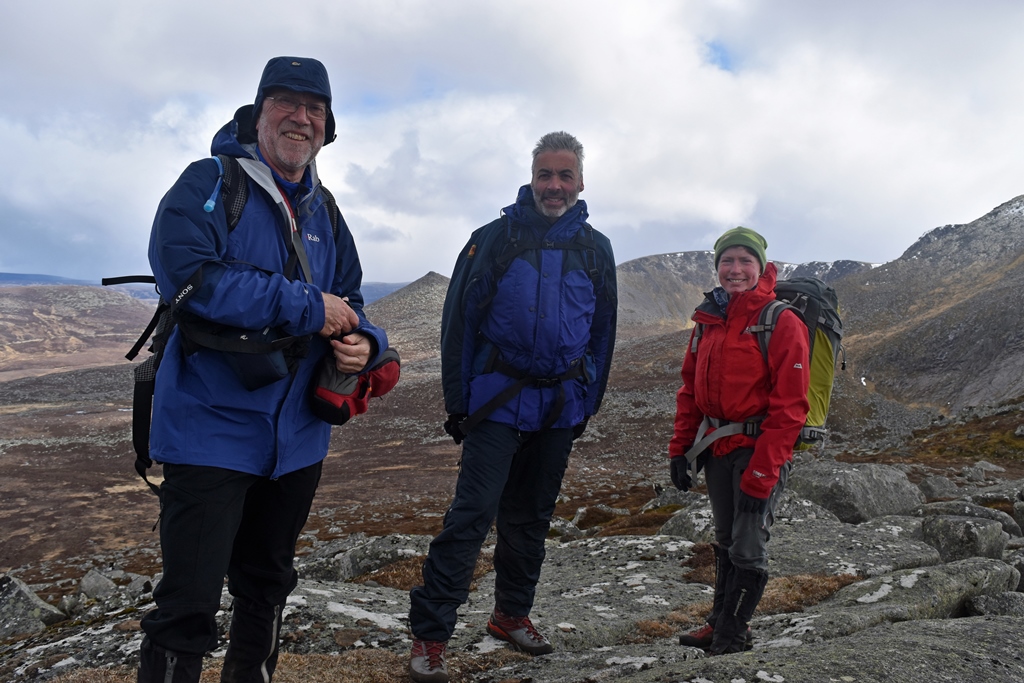