In the end it felt like The Endless Summer. The day slowly clearing into one of those lovely summer evenings on the crag that feels like it could and should go on for ever.

13 club members, one guest plus three dogs ventured out under ominous skies to a peaceful and uncrowded End Slab at Stanage. By early afternoon the sun was out and the party had well and truly begun. Lead climbs ranging from VDiff to VS 5a with noteworthy ascents of The Aerial VDiff, Caliban’s Cave HS 4b and a top roped ascent of The Vice E1 5b.

Andrew very thoughtfully came perfectly coulour coordinated with the green wall on Caliban’s Cave. It was fate – within minutes of his arrival Andrew found himself elegantly stuffed between the green walls deep within the cave wearing his matching fleece.

Julian learned a lot about lead climbing on Aerial VDiff, particularly the importance of a few strategically placed expletives.

Leon won the scavenger of the day award: freeing a long trapped nut from the wall and then surprisingly finding a beer bottle (which was unfortunately empty).

Man legend, John Barnard, put in an appearance and was legend-like all afternoon.

Julian tried his best to leave all his gear behind at the end of the day. Thankfully Leon had gone home by this point.

Club Chair navigated the last remaining climbers for miles across bog and through shoulder high bracken before seemingly delegating the blame to Meet Leader, which the Meet Leader, knowing his place, duly accepted.

A grey number 4 Black Diamond cam was left by somebody, as was a black walking pole bag. Thankfully again Leon had gone home by this point so Dave and Linda have both these items.

An awesome, awesome day washed down with a pint in the Norfolk Arms. Shame it had to end. 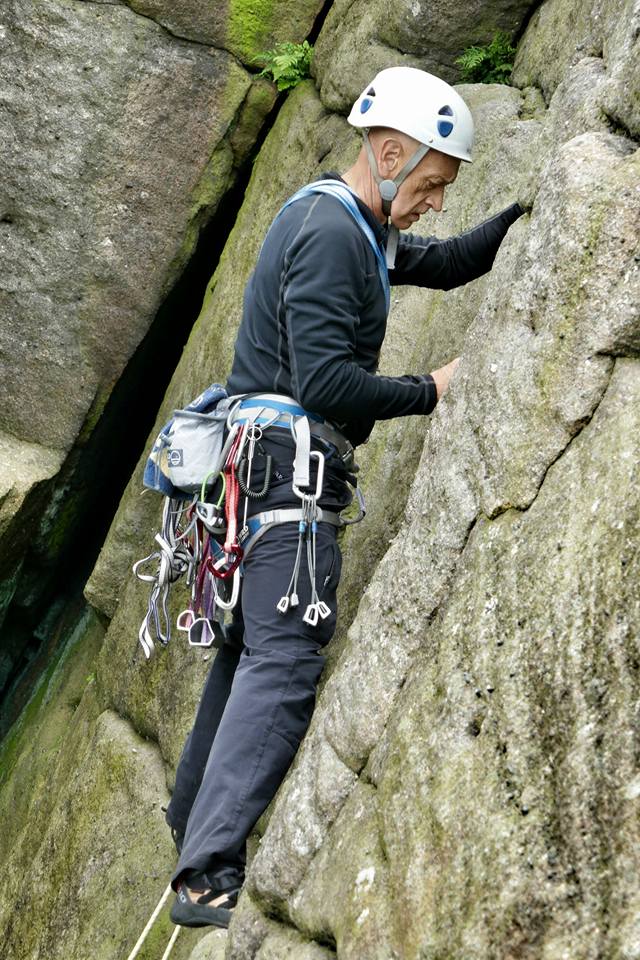 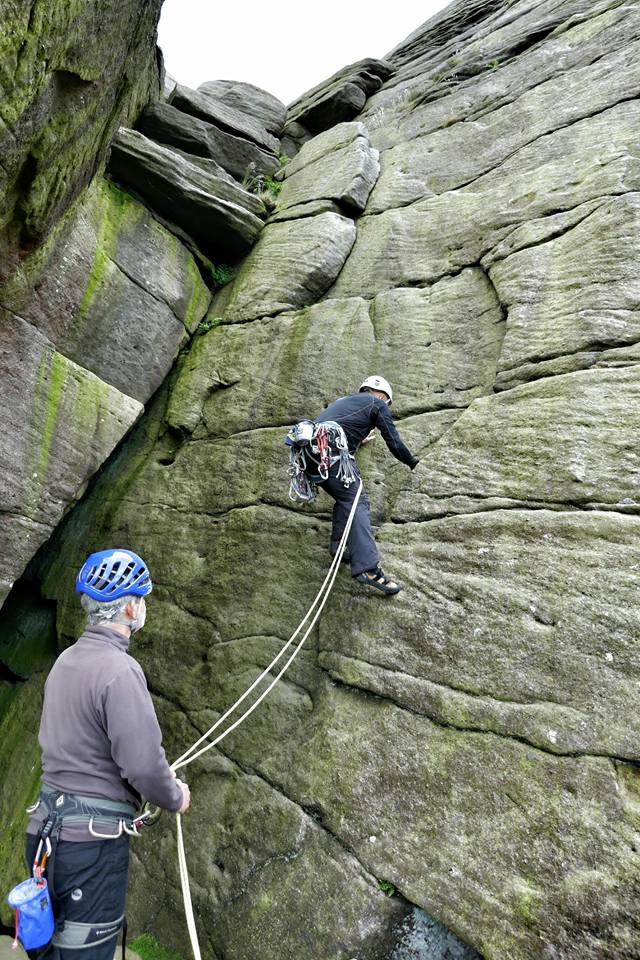