Sunday turned out to be a cracking day out for the Skyline walk – lots of sun and blue sky with just enough cool breeze to make life comfortable. Seven of us set off from Hope at 9:30 with advance parties of two and one leaving 60 and 40 minutes earlier. We were on the summit of Win Hill 45 minutes later, enjoying the sunshine and views across to moorland covered with a light dusting of snow. Hope Cross came next and proved impossible to pass without pausing, as usual, for a brief coffee break and a longer discussion about its correct orientation – or lack of it.
The first section of Kinder’s southern edges was soon underfoot and was the scene for the first of several phone calls between Jennifer and Frank on the general theme of, ‘Where are you?’ Frank claimed, somewhat suspiciously, always to be at a point too far ahead to be seen so that we began to suspect that his early start was a subterfuge – was he really out there or was he sitting comfortably down below us enjoying a pot of tea, or a pint, or both?
We caught up with the first advance party of Andy and Rosy just as we all reached the top of Grindsbrook and a lunch break was taken before we set off to cross the muddiest section of the whole route through the ‘Woolpacks’ – or ‘Whipsnade’ as the old-timers used to call that jumbled mass of weirdly-shaped boulders which lie scattered across the moor thereabouts.
Despite the cloying peat we were soon through it and down to Edale Cross and up on to Brown Knoll via the spanking new slabbed path. Another call from Frank had him claiming to be on Mam Tor now, so near but still so far. More slabs and intermittent boggy patches led to Chapel Gate and the well-trodden track over Lord’s Seat and Rushup Edge. A very windy Mam Tor followed and then another call placed Frank on Back Tor – still cunningly out of sight although this time he said he would wait for us there.
The ascent of Back Tor, steep but mercifully short, took a toll on tired legs but the prospect of finally catching up with Frank drove us on – but he was nowhere to be seen! Another call elicited the information that we had woken him up and that he was comfortably ensconced on a grassy bank about 100 metres further along. This proved to be true but his route to that point remains a subject for some conjecture!
Now united, the party of ten reached the summit of Lose Hill and posed for the obligatory photographs. The views were still stunning all around us but there was a chill in the air as the sun lowered to the west. We reached Hope at 6:00pm – 8.5 hours and 19.4 miles from the start. The celebratory drink in the Cheshire Cheese was well-earned. A memorable day indeed.
Steve W 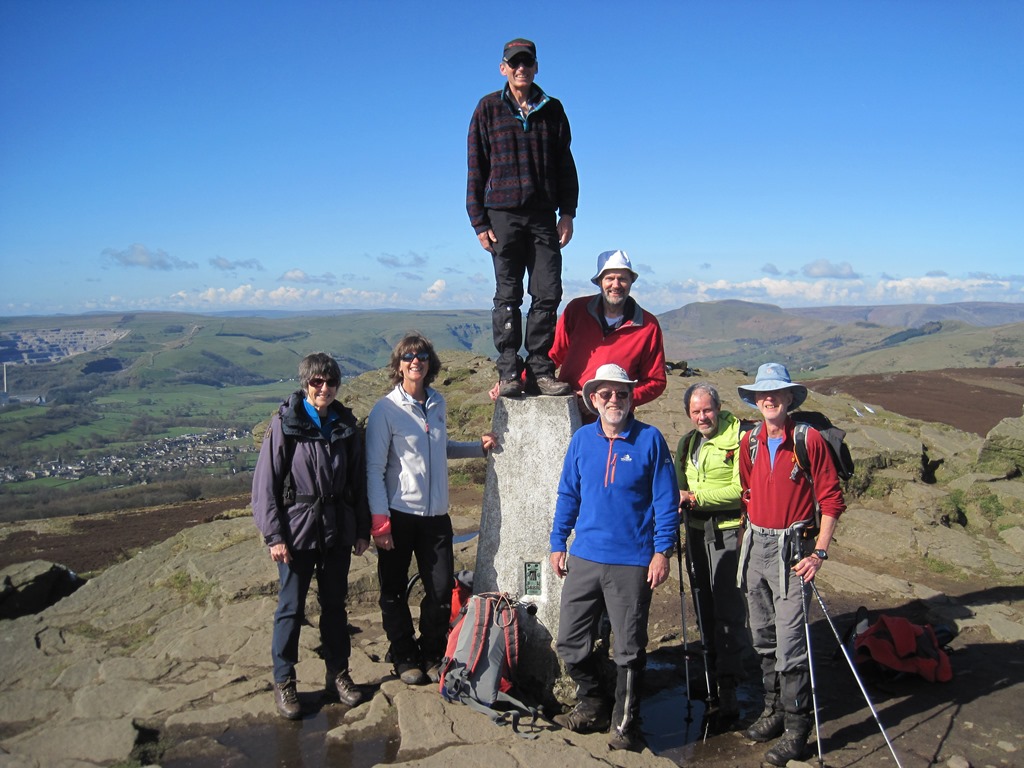 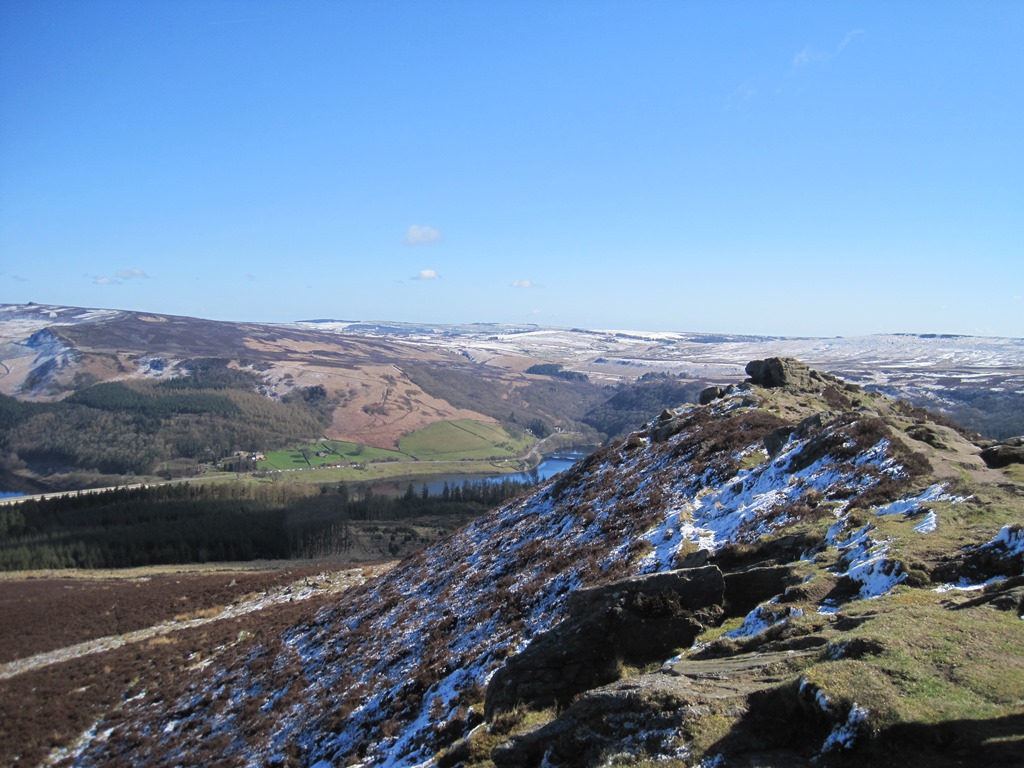 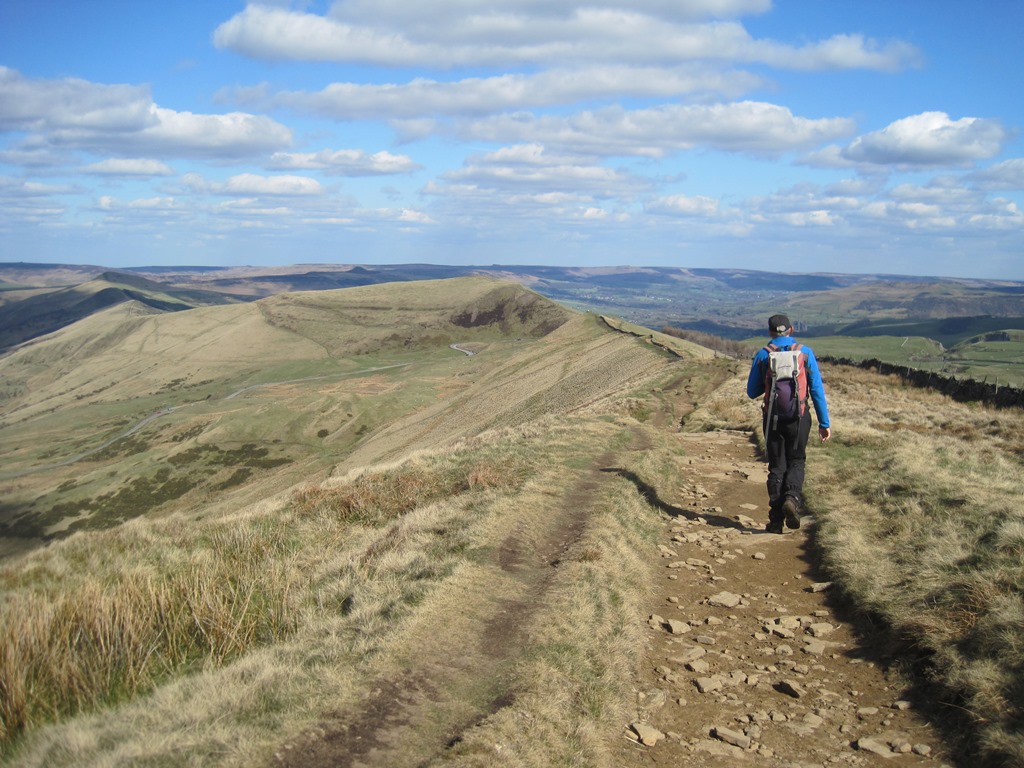 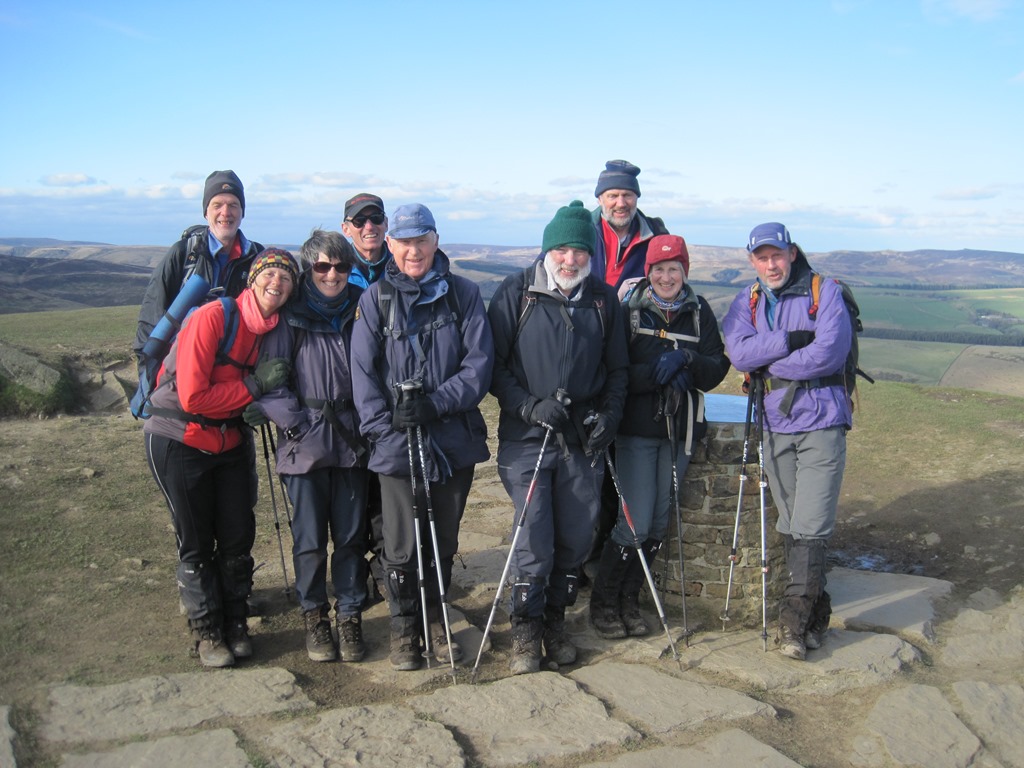