12 0f us, ranging in age from 8 – 72 [no dogs] assembled in Langsett Barn car park for an earylish start for Sunday’s walk, aiming to be at St James Church in Midhopestones for 11am. Although slightly late leaving due to traffic diversions in Wharnecliffe we made good time covering the 2.3 miles in under an hour, across the dam and down along an ancient path known as Dark Lane, arriving by 10.45. Coffee was taken and the empty 13th century church explored before a minutes silence and the last Post at 11am. We were the only people there in a fascinating building. After leaving a visitors’s book message of thanks and suitable donations we made our way back uphill to continue the walk.
Following the directions in the leaflet we had a difficult passage through scrubland uphill, not appreciated by the party, especially the youngest member who needed bribing with the promise of food to continue!! Eventually a proper path was reached after a scramble over a couple of walls, eventually the climb into Upper Midhopestones brought us to the edge of the WW2 tank training area where lunch was taken in the sunshine which had replaced earlier drizzle. We continued across the moor towards “North America”, now a ruin of an old farmhouse used as target practice by the aforementioned tanks. A final descent was made crossing the stream and back to the [free] car park via the woodland bordering the reservoir.
Many thanks to all who attended on a special day
Paul Gibson 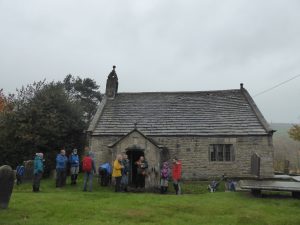 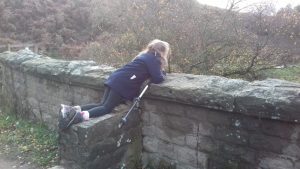 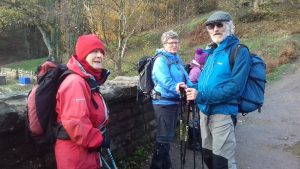 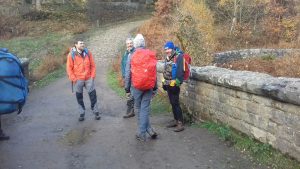