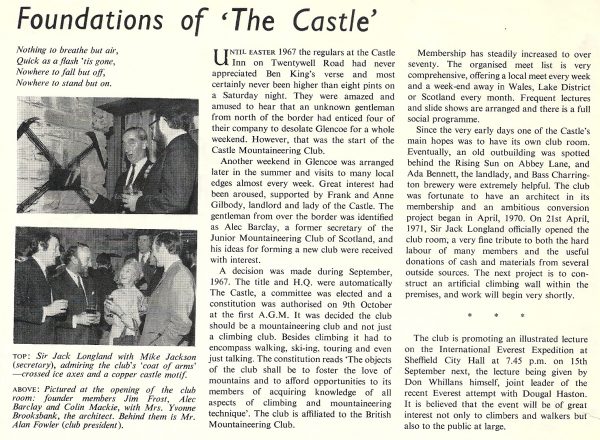 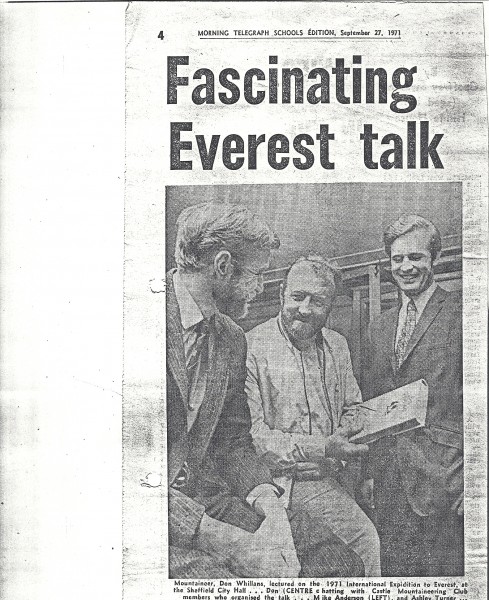 Everest lecture by Don Whillans organised by the CMC at Sheffield City Hall, 1971

Don Morrison killed in the Karakoram